Running two lines on one downrigger is a fantastic way to cover different depths while fishing, doubling your efficiency. It’s also supremely cost-effective. Why buy multiple downriggers for multiple lines when you can use only one?

In this article, I’ll show you how to run two lines on one downrigger. It’s a fairly involved process, but trust me, it’s definitely worth the effort!

How to Run Two Lines on One Downrigger

To stack two lines on one downrigger, follow the steps below:

Stacking a downrigger with multiple lines requires specialized equipment to prevent malfunctions whilst setting up the rod. Here are the items you’ll need:

Some downriggers are designed with dual-axis rod holders like the Cannon Optimum. This removes the need to manually stack a downrigger since all you need to do is attach your rods to the mount rod holders.

Author Note: If you’re planning to double-stack your downrigger for the majority of your fishing trips, investing in a downrigger with dual holders is worth considering.

Take your first rod and reel out a line onto the water. The depth of the line depends on how deep you’re fishing, but it should always be over 10 feet to reduce the risk of tangles.

Upon attaching your first line to the downrigger, it’s time to prepare the second line. With the bail of your reel now open, slowly drop the ball at about 10 feet.

Then, clip a downrigger clip onto the cable of the downrigger. The clip will serve as a visual stopping point for when you attach your second line into a device called a Shuttle Hawk.

The Shuttle Hawk will dive down the cable until it rests on the clip. Attach the Shuttle Hawk by forming a loop in the line and then pulling that loop into the release clip found on the device.

The device will immediately dive as soon as it hits the water, so make sure the bail on your reel is open so your rod doesn’t get pulled into the water.

Top Tip: With the clip placed 10 feet above your downrigger ball, you’ll be able to fish at two depths 10 feet apart.

Flip the bail shut and set the first rod onto the farthest side of the boat. Then, attach a spoon to the other fishing rod and reel out about 25 or so feet of line and clip it into the jaws of the stacker release.

Once done, flip the bail open on both fishing rods and check the spools for tension. If your downrigger isn’t electric, you need the assistance of another pair of hands.

Lower the downrigger ball to the depth you desire. The primary rod will fish at the depth written on the counter and the second rod fish around 10 to 15 feet above the low rod.

Close and secure the bails on both fishing reels. Then, place the second rod in the downrigger’s rod holder.

Reel in the lines of both the rods so the rods bend just so under tension. Don’t put too much pressure or the line will snap, forcing you to start all over.

And that’s it! You’ve now stacked two lines on one downrigger. Just don’t forget which rod is which. One should be labeled as the “low rod” and the other as the “high rod.”

As you might have noticed on the steps above, stacking two lines in one downrigger is fairly straightforward. However, there are several tips and tricks to follow to prevent tangles and any sort of mishap during the stacking process.

How to Effectively Use Your Downrigger With Multiple Lines

When downrigging, it’s impossible to completely eliminate blowback. However, it can be minimized by eliminating the push and pull exertion of the water pressure.

There are several ways to do this. The easiest way is to troll slower. Trolling slower does pose several issues, however, especially as some lures work better at specific speeds. The best solution to this problem is to switch to speed tolerant lures.

With that said, keep in mind that some fish, like steelheads and cohos, aren’t attracted to slow-moving lures. So, you may have to sacrifice catching your favorite fish when switching the lures.

If you’re not too keen on trolling slower, use heavier weights. The heavier the weight, the less blowback it’ll have.

Slack lines are never a good thing. Sharp hooks and solid clips prevent the line from slacking too much. They provide the right amount of pressure on your terminal tackle and assist in automatic hooksets.

Author Note: Using thinner fishing lines and downrigger cables also help. Select a rod that naturally bends while trolling as it’ll automatically apply some tension to the line. When the line is released from the clip as the rod straightens, it’ll remove the slack.

To increase your catch and cut down on waiting time, equip your rig with flashers.

Flashers are extremely effective when catching fish. Essentially, they’re used as an attractor and don’t interfere with landing fish. Small flashers are ideal for trout while large flashers are best used for salmon and other big fish.

Attach the flasher directly onto the downrigger weight. From the downrigger clip to the flasher, start with about 20 feet of line. Depending on the maximum depth of the water you’re fishing in, this amount can be increased or decreased.

If the amount is increased, there’s a slight chance of snagging up the gear on one side of the boat. This chance increases during high tides and windy conditions. Therefore, it’s best to shorten the distance to reduce the possibility of snagging.

Can I attach more than two lines to my downrigger?

Yes. If done right, you can attach three, four, and even five lines onto your downrigger. However, keep in mind that the more you stack, the higher the chance of tangles. Make sure the rods aren’t stacked too close together to prevent any mishaps while fishing.

Can I make my own downrigger at home?

Yes, making your own downrigger at home is certainly possible. It’s a cost-effective way to get into deep water fishing without spending extra money.

With that said, homemade downriggers aren’t strong enough for large fish and multiple lines. It can be used to catch small fish with one line only.

YouTube channel Appalachian DIY made a brilliant step-by-step tutorial on making your own downrigger at home. Check it out!

Stacking downriggers with multiple lines is a brilliant way to catch more fish in the least time possible. We hope you found this guide on how to run two lines on one downrigger useful.

Stacking takes a bit of practice, so don’t be discouraged if you don’t perfect the technique on your first few tries.

Fix the line and try again; you’ll get the hang of it eventually. Closely follow the steps and tips above to ensure your success.

April 30, 2020
PrevPreviousHow to Stay Warm Ice Fishing: Learn from the Pros
NextIce Fishing for Pike: Learn From The ProsNext

Fly Fishing for Carp: Learn from a Guide

How to Fish a Wacky Worm Rig: The Complete Guide

Part of the fun of fishing for bass is that everyone has their own “secret technique”. The ravenous freshwater gamefish enjoy eating many types of 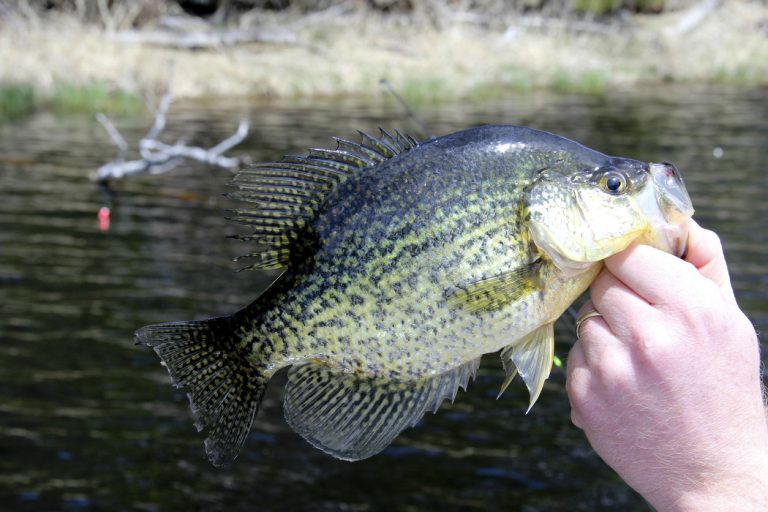 Fly Fishing for Crappie: Learn from a Guide

When it comes to panfish, the crappie is definitely near the top in popularity among anglers. Whether they are white crappie or black crappie, anglers