Lake Michigan is incredibly popular with anglers who live near its shores, and the fishing can be exceptional. The lake features trophy fishing for a variety of species, from walleye and muskies to salmon and lake trout.

The Ojibwe word for what is now known as Lake Michigan is michigami, which means “great water.”

Needless to say, there are nearly unlimited opportunities for anglers to be successful anywhere on the lake, from Wisconsin, Illinois, Indiana, or Michigan.

Sportfishing on Lake Michigan is a vast topic, and there are far too many locations for us to list in this article, so we will take a look at the sportfish species present and where the best world-class fishing is for certain species.

First, we need to have a sportfishing history lesson on the salmon and their role in Lake Michigan and the other Great Lakes.

Author Note: Salmon are not native to Lake Michigan, and if you are familiar with them, you will know that salmon is a species that can live in both saltwater and freshwater and migrate up freshwater rivers to spawn.

Back in the 1960s, alewives made their way into the Great Lakes. The alewife is a fish that looks similar to a herring. These fish exploded in population after getting established in the Great Lakes from the Atlantic and can also live in both fresh and saltwater environments.

The alewife population exploded due to the lack of natural predators, with the one predator that would have excelled at the task, the lake trout, having low numbers due to overharvesting and a high morbidity rate from the sea lamprey, another invasive species that was also wreaking havoc in the Great Lakes.

The coho and chinook salmon species were introduced to keep the alewife populations in check and help save the native species that were detrimentally affected by them.

The salmon have thrived since their introduction into the Great Lakes, and the lakes have become a trophy salmon fishery with some of the best salmon fishing on the planet.

Where to Fish for Salmon

Salmon can be found in the deepwater regions of the lake that are typically far from shore in May and June, with exceptional fishing being late July to early September as the salmon prepare to head to the rivers to spawn.

In October, these fish can be found in the rivers in great numbers as they run the spawning gauntlet, with things cooling off by November.

There are towns and cities that are great launching points. They also have a plethora of charter services if you do not have the large charter boat required to fish in the sometimes rough and dangerous conditions of Lake Michigan.

Some of these cities and ports are:

Walleye fishing can be done in offshore areas like salmon, and many people troll for them due to the vast areas that need to be covered.

But walleye can also be found in easier-to-reach areas and can be more easily fished with smaller boats, whether jigging, casting, or trolling.

Great walleye fishing can be found throughout Lake Michigan, and there aren’t too many places where they aren’t found.

Green Bay in Wisconsin is famous for its walleye fisheries, and they can be found at different depths depending on the season. In the spring, they migrate thicker than flies into the Fox River.

Another great area for walleye fishing is Bay De Noc in the Upper Peninsula of Michigan, and both Bay De Noc and Green Bay are also known for featuring great ice fishing opportunities for walleye.

Compared to other species like walleye and salmon, musky are much more concentrated in terms of population densities in the Great Lakes.

While there are muskies throughout Lake Michigan and the Great Lakes, they are spread out so thin that anglers can’t really fish them effectively unless they fish these particular areas.

Green Bay in Wisconsin is undoubtedly the best place to catch muskies on Lake Michigan, and like the walleye, they migrate into the Fox River in the spring to spawn.

Anglers come out in droves from all over the midwest and beyond to have the best chances anywhere in the world at catching a trophy musky during the short period they are in the river.

The bay itself is great during late summer. Over the years, many anglers have established a pattern based on locations in the bay, mostly on the shallower western side, with the time of year.

As the late summer fishing action picks up, muskies seem to migrate back toward the Fox River once again in the early fall and into November. This is due to many of their main food sources — like gizzard shad and whitefish — migrating into the river to spawn in the fall.

Top Tip: Another great area to find muskies in the spring and even summer months would be Little Sturgeon Bay on the Door County side of the bay and the Menominee River in the spring.

The reason for Green Bay being such a great destination is due to extensive management to revive the species by the Wisconsin department of natural resources.

While it’s one of the only places to efficiently fish for muskies, they have been caught as far south as Milwaukee and in Illinois as accidental catches. So, who knows what populations will re-emerge in the future?

The smallmouth fishing in Lake Michigan is amazing and is some of the best you will find anywhere. With the introduction of another invasive species, the goby, the population and size of smallmouth bass in the lake exploded and has become a major source of food for the fish.

Quality smallmouth bass can be found on the western shoreline in Wisconsin, the eastern in Michigan, and the southern in Illinois.

The deep and clear water found in the northern two-thirds of the lake is exceptional for smallmouth fishing, and the Door County peninsula of Wisconsin is known for giant fish. It’s the reason why professional tournament trails make stops in the region.

The Michigan shoreline also has many great areas to target for smallmouth bass.

Throw on a goby or crayfish imitation, find some rocky shorelines or deep rock piles and hang on.

There are other species that we have to mention, to be fair, and while we aren’t going to dive into detail on them too much, we will touch on them.

While technically not a sport fish, whitefish angling on the ice has become very popular on Lake Michigan. Green Bay and Door County in Wisconsin is a great place to fish for whitefish, and at times they can be fished and caught in very deep water of 100 feet or more.

Decades ago, the yellow perch proliferated in the bay of Green Bay in countless numbers. Over the years, commercial fishing drastically decreased the population, but after regulations and the decline of the fishing industry, they have rebounded and have become another popular ice fishing target for many anglers.

Author Note: Perch can also be found throughout Lake Michigan, and there are great areas on the Michigan shoreline in places like Muskegon, Grand Haven, Port Sheldon, and South Haven.

The Milwaukee area in southern Wisconsin is also notable for having some decent perch fishing, along with just offshore from the windy city, Chicago.

Be Safe Out There

If you are not familiar with fishing large bodies of water like the Great Lakes and come with your vessel, be sure to check the weather conditions, as it can get treacherous out there, and the Great Lakes have sunk or capsized many ships and boats in their day.

Oh, and taking seasickness pills is something I would recommend if you aren’t used to large rolling waves.

Lake Michigan and its other siblings that make up the Great Lakes are a natural treasure, not only for making up the largest bodies of fresh water in the world but for the exceptional fishing within them.

Be sure that you follow all rules and regulations if you are visiting from outside the states that are home to the Great Lakes, as they are different from one state to the next.

April 30, 2020
PrevPreviousTypes of Bobbers: Our Comprehensive Guide
NextSauger vs. Walleye: Do You Know the Differences?Next 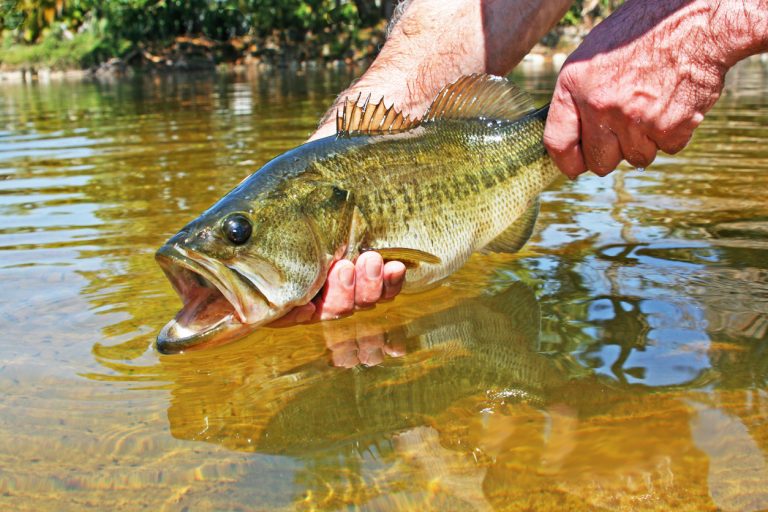 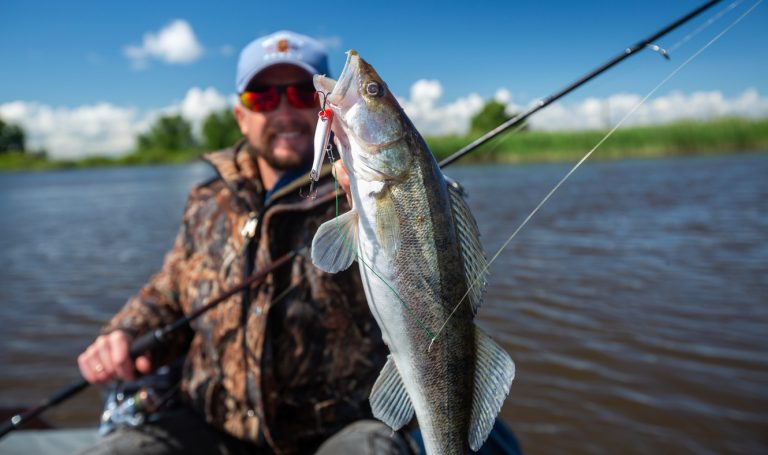 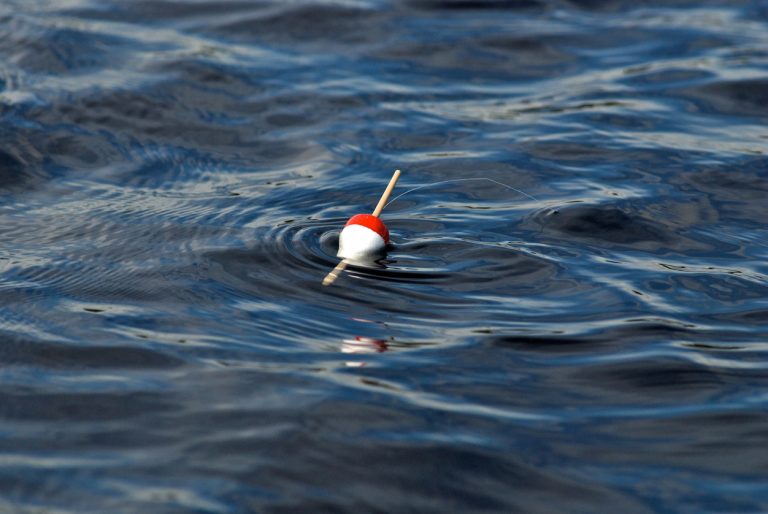 Types of Bobbers: Our Comprehensive Guide

Bobbers are one of the most common tools used in fishing, and while the average person might not think of them often there are many