What are Fish Scales Made of? Nature’s Armor

What are Fish Scales Made of? Nature’s Armor

If you have ever cooked raw fish, caught your own, or went to a fish market to buy some, then you’re already aware that fish have scales.

But did you ever ask yourself what are fish scales made of? Do all fish have scales? And if so, are all scales the same?

In this article, we’re diving deep into the world of scales to answer all these questions and more. So suit up and let’s get started!

What are Fish Scales Made of?

Fish scales are not identical, which means there can’t be a single answer to what they’re made of. Not only do scales widely vary in shape, size, and extent, they also come in different compositions and structures.

To simplify this diversity, scales are divided into multiple types. The following are the main ones existing today:

Mostly thought to be the result of the fusion of placoid scales (more on these later), the inner part of cosmoid scales is made of isopedine. On top of this layer of dense lamellar bone, there’s a layer of vascular or spongy bone supplied with blood vessels, followed by cosmine (a complex dentine-like layer) with a superficial coating of vitrodentine on the outside.

The very upper surface is made of keratin.

Cosmoid scales get bigger as the fish grows and new layers of lamellar bone are added. This type of scales is found in Lungfishes and some fossil fishes.

Elasmoid scales consist of a layer of isopedine lamellar bone with a layer of tubercles (typically made of bone) lying on top. There was a layer of dentine present in the lobe-finned fish, but it’s either reduced (as in coelacanth) or absent altogether (as in lungfish).

Elasmoid scales are thin and imbricated. They can be found in lungfish, coelacanths, and some tetrapodomorphs.

Derived from cosmoid scales and usually have serrated edges, ganoid scales are found in the sturgeons, gars, bowfin, bichirs, and paddlefishes. Instead of the cosmine layer, they’re covered with a layer of hard enamel-like dentine, and in place of vitrodentine, there’s a layer of inorganic bone salt called ganoine.

Ganoine is the star component here, a characteristic of ganoid scales. It’s a glassy mineralized tissue covering the scales, as well as the cranial bones and fin rays in some fishes, such as gars, bichirs, and coelacanths.

Ganoine consists of rod-like apatite crystallites, and it’s an ancient feature of ray-finned fishes ( for example, found on the scales of stem-group actinopterygian Cheirolepis).

In most cases, ganoid scales are diamond-shaped and attached to one another via peg-and-socket joints. They’re thick and almost impenetrable because they fit together like a jigsaw instead of the usual overlapping of other fish scales.

Also known as bony-ridge scales, leptoid scales are present in higher-order bony fish; the teleosts. The inner part of these scales is crisscrossed with fibrous connective tissue (primarily collagen) whereas the outer portion fans out with bony ridges (rich in calcium-based salts).

Compared to other types of fish scales, leptoid scales are thinner and more translucent since they don’t have the hardened enamel-like or dentine layers. As the fish grows, more scales are added in concentric layers.

Leptoid scales overlap in a head-to-tail arrangement similar to roof tiles, which gives them more flexibility than cosmoid and ganoid scales. This configuration also minimizes drag as it allows a smoother flow of water over the body.

Found on cartilaginous fish such as sharks, rays, and chimearas, placoid scales are made of bone and resemble teeth in that they consist of three layers: a soft central area supplied with blood vessels (the pulp), a middle conical layer of dentine, and a hard outer layer of enamel-like vitrodentine.

Homologous with vertebrate teeth, placoid scales are also called dermal denticles. They protrude through the epidermis and are not entirely covered by it.

Placoid scales do not grow in size, meaning they’ll have a definite size throughout the life of the fish. Instead, as the fish grows, a large enough space between two or more denticles opens up where a new one grows to fill the gap.

The scales/denticles of cartilaginous fish are disconnected. They do not overlap as do the scales of bony fishes.

Do all Fish have Scales?

No, many fish species have alternatives to scales that provide the same function. Here are some examples of scaleless fish:

They can also tie themselves in an overhand knot to scrape the slime off their bodies as they move and free themselves from a predator.

In addition to relying on camouflage to escape the attention of predators, the loose skin also makes it difficult for predators to grab them. Scales also protect fish from chemicals and bacteria that may be in the water (although the myth of toilet fishing is a stretch).

Can a Fish have more than one Type of Scales?

Are all Scales the same Size?

No, there’s a great variation in scale sizes among species.

Some fishes have tiny embedded scales such as the freshwater eels. Fishes, such as the tuna, have very small layers in discrete areas of the body that are nearly invisible.

A lot of fishes, such as the Coral Snappers, boast medium-sized scales. Other fishes such as the Tarpon (Megalops cyprinoides) have large enough scales to be used in jewelry.

Additionally, the scales of the Indian Mahseer can reach over 10 cm in length.

Can Scale Type Vary with Sex?

Yes, this can happen. For example, in some species of flatfishes, the males have ctenoid scales while the females carry cycloid scales.

What are Fish Scales used for?

The two main purposes of fish scales are to provide protection and facilities movement through the water. In other words, you can think of scales as a very flexible armor.

The scales are the first line of defense to protect the fish’s underlying vital structures such as nerves, blood vessels, and organs.

Scales are often made from thin pieces of bone. Some fish sport defensive scales with spiky edges, while others have scales with rounded edges.

Additionally, scales enable fish to be more flexible and streamlined while moving in the water. The way the scales overlap allows the fish to bend and curl even though it’s covered in solid plates.

In fact, the U.S. government has been inspired by this defensive technique and has designed prototypes of body armor based on these fascinating physiological attributes.

If you want to learn more about how to de-scale a fish, check out our guide on how to clean salmon before cooking.

As you can tell, the answer to the question “what are fish scales made of” depends on the type of scales on the fish you’re interested in learning more about. There thousands of different species of fish with many different types of scales. All of these scales are made of different types of ganoine, which gives them a varied appearance. If you’re interested more about fish anatomy, check out our fish poop article.

It’s incredibly intriguing to think about how the habitat and lifestyle of a fish can affect the shape, size, and composition of its scales.

Some fish only seem like they don’t have scales when, in reality, they just have very tiny ones. Other fish are truly scaleless but with different means of protection. It all depends on how they’ve evolved and adapted to their habitats.

We hope you found this article on what scales are made of interesting and informative. 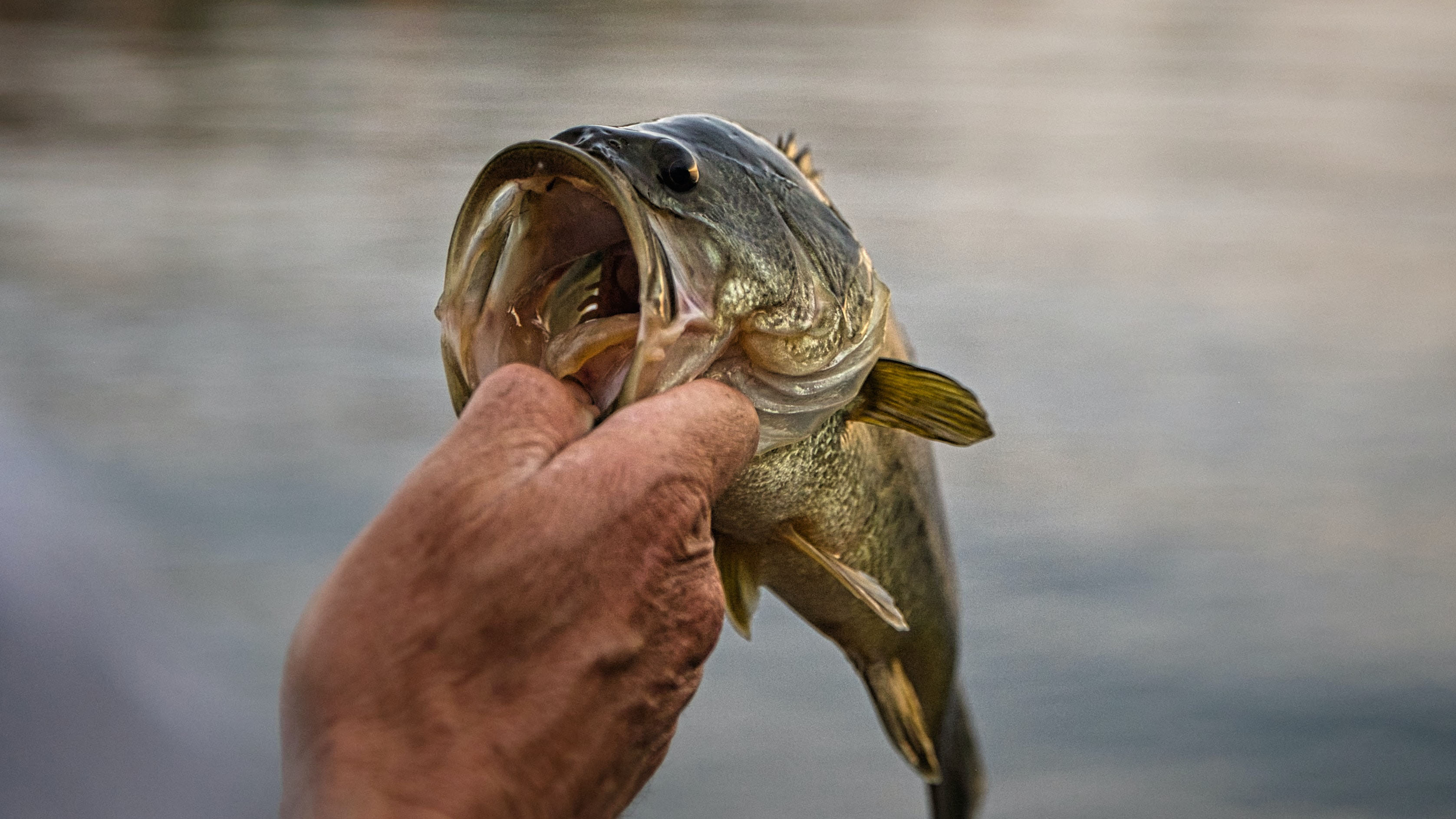 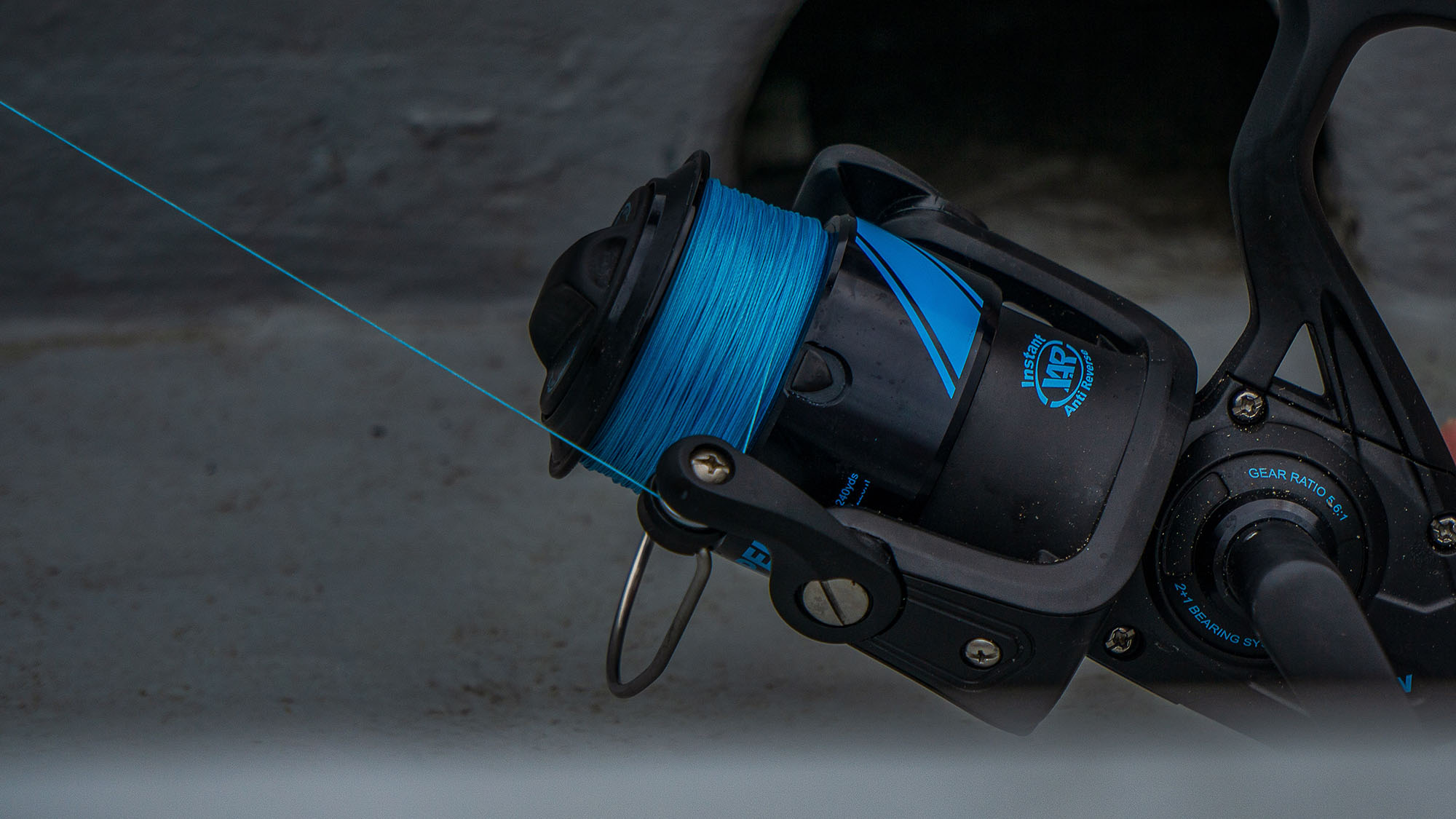 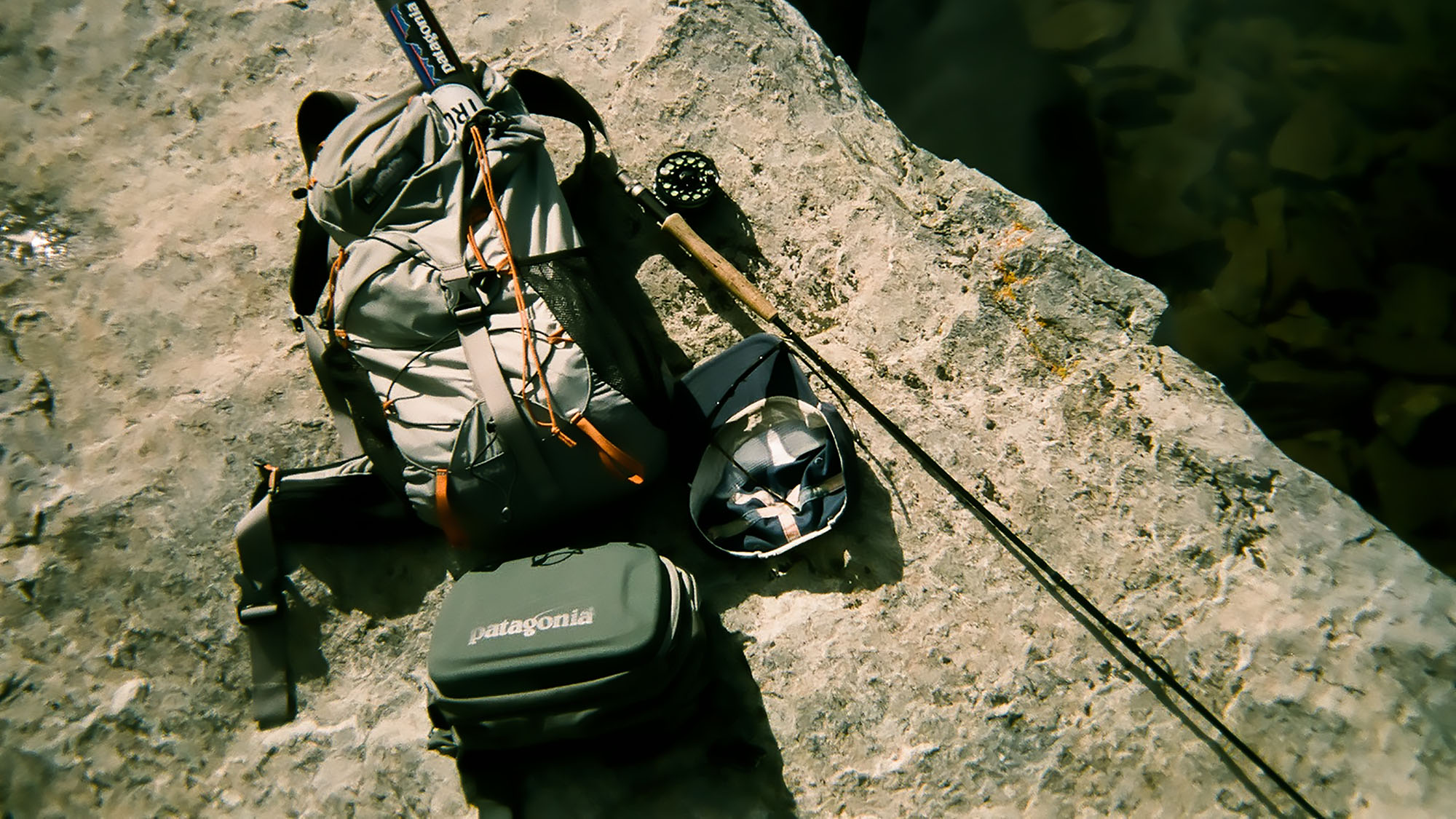 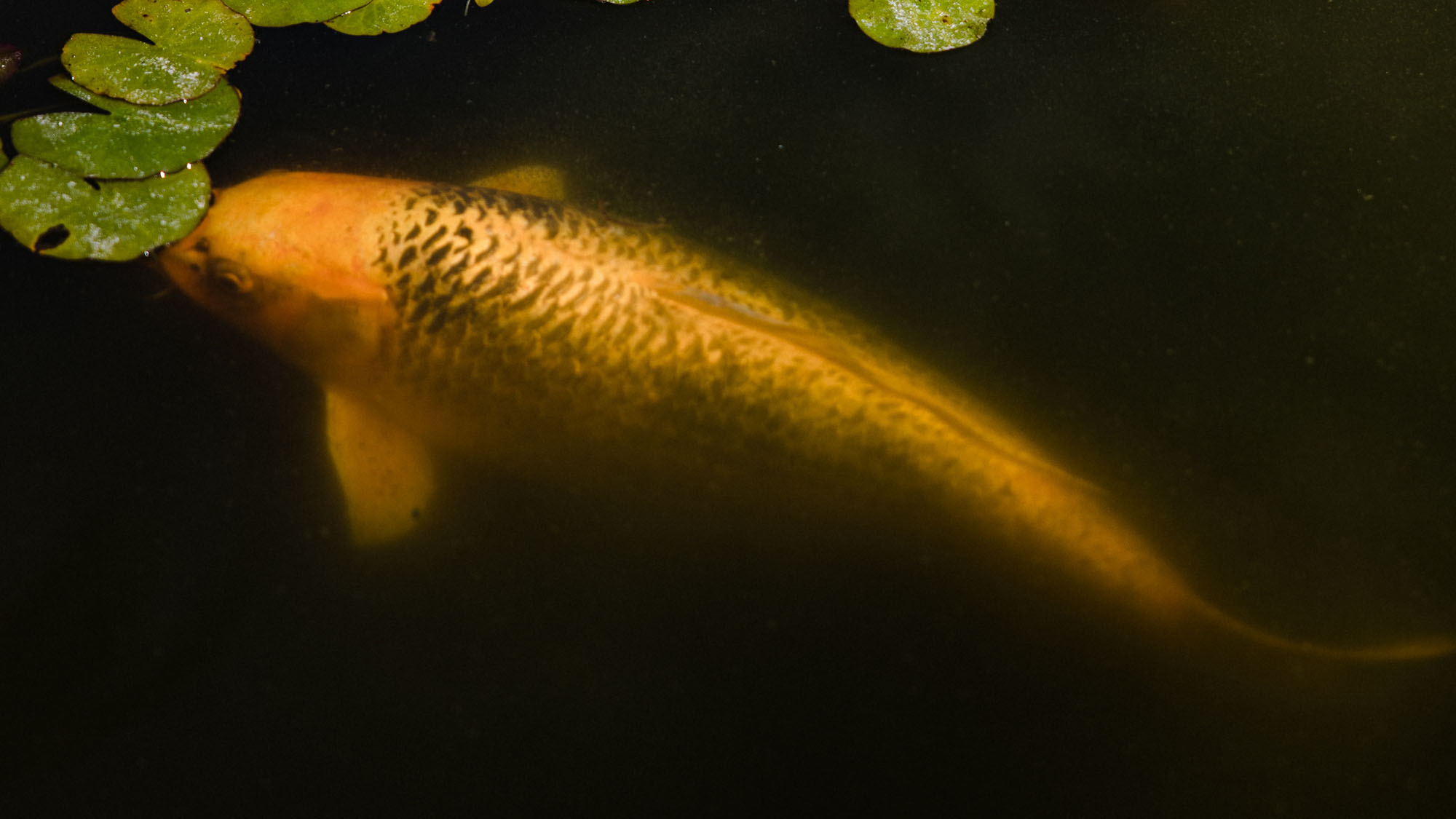 July 17, 2021
PrevPreviousHow to Clean Salmon Before Cooking: The Complete Guide
NextWhat Does Fish Poop Look Like? Know The FactsNext 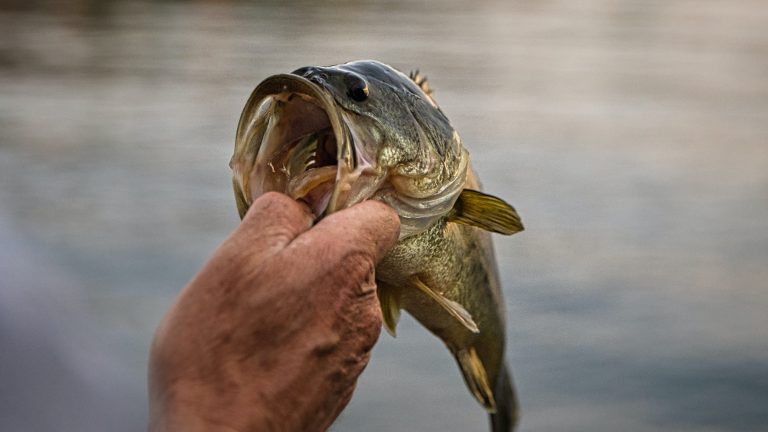 You’ve decided to shift your attention to bass fishing. Good for you. Yet, this stubborn fish can require special spinning reels to catch, which is 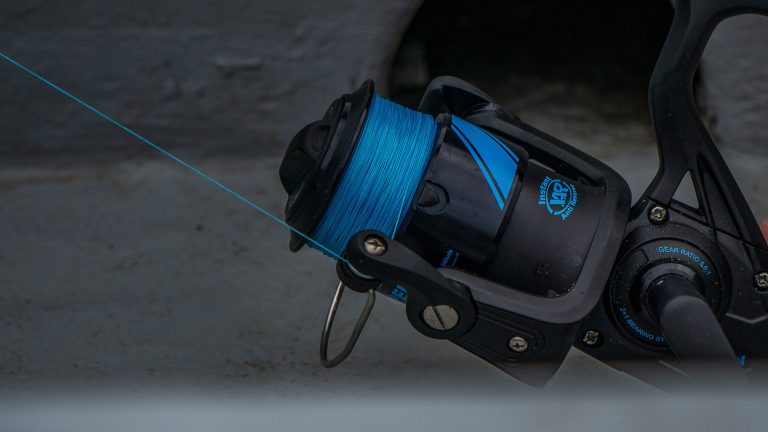 Fishing is one of the most popular outdoor activities, where more than 37% of anglers go fishing between 4 and 11 times per year. So, 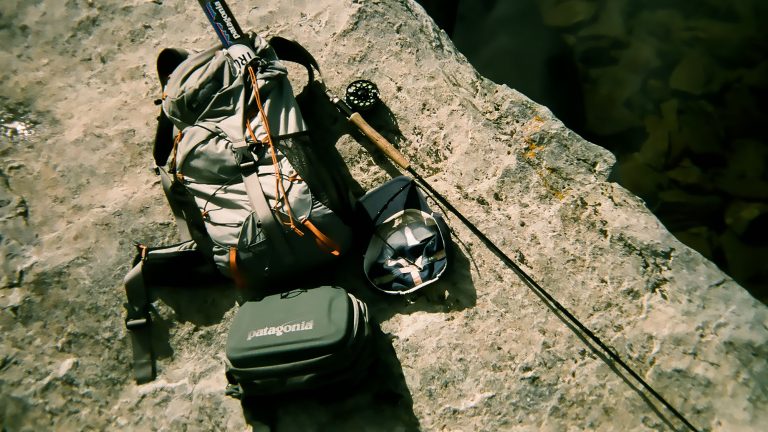 Saltwater fly fishing is considered one of the toughest, most exhilarating sports or hobbies you can try. I mean, what’s not to love? You’re out